Morning all! Prov 12.12 says “Thieves are jealous of each other’s loot, but the godly are well rooted and bear their own fruit.”

“Get it any way you can”. There are very few people to whom this phrase would be unfamiliar because it’s an increasingly popular school of thought. We live in a time where we’re actively encouraged to take what we want by any means necessary and although that goes against biblical principles, avoiding the hype isn’t always easy. Society today closely resembles the thieves mentioned in this verse: people who’ve cut corners to get ‘ahead’ can still feel jealousy towards their peers’ achievements. In stark contrast, we’re called to focus on bearing our own fruit, which is often the slower, less glamorous path. Being deeply rooted requires time and effort because it means we have to be diligent in laying the foundation needed for longevity. Foundation laying is often the stage that no one else sees and rarely comes with any acknowledgement or applause from others. Yet, ensuring we have deep roots and a strong foundation will mean that we’re better off in the long run because we’ll be able to stand firm no matter how harsh the elements and bear fruit in every season. It’s true that the right way can often be the long way but let’s make a conscious decision to stop comparing ourselves to others. The speed we bear fruit may differ to others but as long as we’re walking in God’s purpose, we can rest assured that His hand is upon us and the best is yet to come.

2 thoughts on “Looted or Rooted?”

A bit about me… 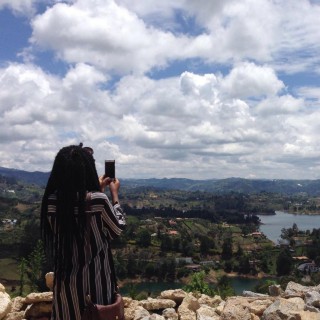 My name is Tomi and although this is a blog, I'm by no means a blogger! I love travelling, going to the theatre, long chats over dinner, reading and chilling with friends. My first love though, is God. I can't tell you how many times God has used His word to speak to me and touch my heart. There's something about reading the bible and hearing God through the words written down on its pages. This is an extension of exactly that... It's God's word, shared. I pray you're blessed as you read!